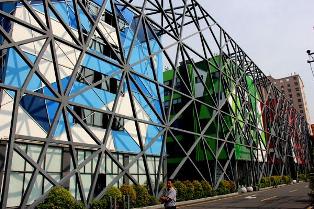 China has, in recent months been actively involved in the global art scene where apart from having one of the largest group of art collectors, it recently added another feather to its cap by being the only country with the most international-acclaimed creative cities. In fact, there are 6 cities in China which are listed in the Creative Cities Network of Unesco.

Essentially, this involves Shanghai, Shenzhen and Beijing which are ‘Cities of Design’ while Chengdu is the ‘City of Gastronomy’. Hangzhou, on the other hand is the ‘City of Crafts and Folk Art’ and Harbin is very much known for the music arts industry. In Shenzhen, there is the Design Industrial Park which houses many design offices and this was the among the pioneering cities of China to be part of the list. Today, Shenzhen is known for its graphic design industry where it has been involved in interior and packaging design before this.

Besides graphic design, Shenzhen is the leader in interior, packaging and industrial designs. It also leads in fashion and architectural designs. Today, it is home to over 6,000 design firms with more than 100,000 jobs being created for people from all walks of life. There is also the Shenzhen Industrial Design Profession Association where according to its deputy secretary-general, Ms Kathy Li they are not out to compare with the likes of Helsinki and Stockholm but to create a more individualistic personality to tell the world that Shenzhen is able to produce things and has its own branding in their unique designs.