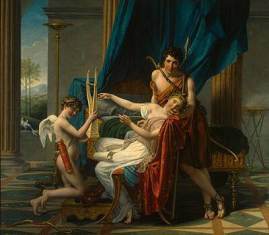 Francois Hollande, the president of France has reportedly moved to try and stop a wealth tax to extend to artworks. The policy was sought by a lawmaker of the Socialist government Christian Eckert to amend the 2013 Budget which would apply the tax to art. According to Aurelie Filippetti, the Culture Minister Hollande and the Prime minister shared her view in opposing the wealth tax for art which over the years have been exempted.

France has been a long support for the arts which have been exempted from wealth tax since it was introduced by 1982 by the then Socialist president Francois Mitterand. This means that citizens with wealth of more htan €1.3million will have to pay a wealth tax of 0.25% on top of their usual income tax while those who have more than €3 million will have to pay 0.5%. In all this, artworks are not valued under their wealth but the amendment will seek to have artworks worth more than €50,000 would be included. The original intention was to have artworks worth more than €5,000 to be calculated as part of the person’s wealth.

The Minister added that it would not be a good time to introduce this policy where competition between the major art markets are heating up and they have to keep the current practice so that France remains on top and it would surely help the French artists to further develop their careers in the art scene and all this are happening while the Foire Internationale d’Art Contemporain 2012 (Paris International Contemporary Art Fair) is going to be held on the 18th.