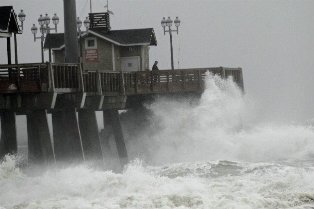 New York’s art district was one of the worst hit areas when Hurricane Sandy left its ugly marks on the metropolitan recently. After Sandy left New York, gallery owners around the city started cleaning up the mess and began assessing the damage caused.

Sandy brought flood to many parts of New York, some rising up to 5 feet and when it left, there were discarded frames and building material from galleries which were damaged along the west side of Manhattan and along some places around Chelsea. As expected, a lot of the damages were inflicted onto ground-floor galleries and it was almost a first-time for many. Helen Im, the co-owner of the Fine Art Conservation Group said that they have not seen anything like this before.

Between New York’s West 14th to West 26th in Chelsea is where hundreds of galleries are housed. There are the big players like Pace Gallery and Gagosian as well as many other smaller start-ups and dealers and the havoc that Sandy left behind is said to be worth tens of millions. There were precautions taken where gallery owners had wrapped the artworks with plastic and packaging and moving them to higher levels, a lot others were caught off-guard and the sheer level of damage it caused. Rachel Churner, the owner of Churner and Churner Gallery said that the preparations were made but no one could anticipate how bad the damage would be. She cannot give an exact figure of how much was lost as the ground floor of the gallery was fine but Sandy completely destroyed the basement of the space.