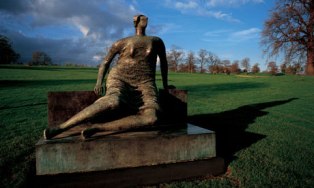 In a bid to pay its bills and budget cuts of £100million in the next 3 years, Tower Hamlets, the East London council has proposed to sell off it Henry Moore sculpture. This is essentially an 8-feet tall sculpture made by Moore in 1957 and is said to be worth around £20million. The ‘Draped Seated Woman’ weighs over 1.5 tonnes and the council is deciding if they will sell it off to foot their other bills.

The announcement did not go well with leading figures in the art world which include the likes of Danny Boyle, renowned filmmaker and director of award winning movies as well as the recent 2012 Opening Ceremony of the London Olympics.

Boyle said that there should not be any price-tag on artworks like these because the sculpture is symbolic in many ways. The sculpture was sold by Moore in the 1960s below its market value with the intention for it to be on display for Londoners to enjoy and appreciate installed at the then Stifford hosing estate in Stepney Green before being loaned to northern England to the Yorkshire Sculpture Park.

According to Mayor Lutfur Rahman, the proposal was made to help the Tower Hamlets cope with the economic pressures and the planned budget cuts. It was also reported that ‘Reclining Figure’, another bronze sculpture by Moore was stolen and never recovered from the estate of the Henry Moore Foundation. Moore’s daughter, Mary joined the other voices in opposing the proposed sale as it would contradict to the wishes of the late artist.