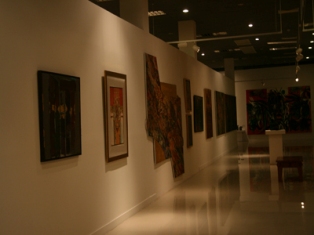 The art loving Malaysian public and enthusiasts can rest assure that the RM65million worth of art collection at the National Visual Arts Gallery in Kuala Lumpur are well preserved and taken care of. This is because according to the gallery, they have already upgraded its security features at the building that keeps the Permanent Collection which was reportedly at risk of being damaged.

The Gallery (BSVN) is the main centre for development and promoting of Malaysian visual arts came under fire after it was reported by the Auditor-General’s 2011 report that security features in the gallery have been very poor while they are still using water based fire extinguisher systems. Since then, various quarters have raised their point of concern that this heritage might be loss forever should any unwanted incidences happen to the place or to the collection.

Datuk Mohd Yusof Ahmad, the director-general of BSVN said that the old CCTVs have been replaced with night vision high dimension ones and that there are now 11 CCTVS in the building. Meanwhile, each gallery is equipped with 1 night-vision device. Essentially, the A-G’s report claimed that emergency exits were also blocked and there is a serious need to review such issues.

The Permanent Collection has until December last year accumulated 3,925 items that include contributions and gifts from art collectors, corporate bodies and foreign embassies which are valued at around RM65million and that if the security features are not upgraded and improved, it might be very damaging in an event of accidents or mishaps.