Artist sends artwork to space and will last billions of years

Rothko painting fetches $75.1mil at Sotheby’s and record for Pollock’s work too 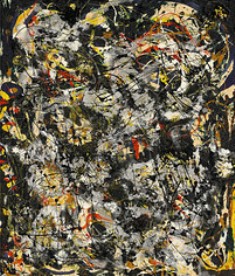 As 2012 comes to the last month, it is yet again time for record breaking art auctions and among that which took place saw a painting by Mark Rothko sold $75.1 million at the Sotheby’s auction last week. The Sotheby’s auction in New York drew quite a headline compared to the less than positive response received during a separate session by Christie’s earlier the week.

Apart from Rothko’s “No.1 (Royal Red and Blue)”, Jackson Pollock’s signature drip painting also broke the record. Apparently, the No.1 is said to be one of the paintings which best epitomizes Rothko’s body of work which saw a prolonged bidding battle in Sotheby’s New York which at $75.1million, it was way over the $35-50 million pre-sale estimated price. However, it did not break Rothko’s record of $86.9 million which Christie’s auctioned off in May for “Orange, Red, Yellow”.

Another masterpiece that drew the headlines was Pollock’s “Number 4, 1951”. The pre-sale estimated price for this was between $25 and 35million but the heated up bidding process saw the abstract expressionist’s work eventually sold for $40.4 million.

Meanwhile other artworks that came under the hammer include Willem de Kooning’s ‘Abstraction’ which was sold off at $15.2million while Gerhard Richter’s ‘Abstraktes Bild’ received its final bid at $17.4million. Pop icon Andy Warhol had a good showing through ‘Green Disaster (Green Disaster Twice) which stopped at $15.2million while ‘The Kiss (Bela Lugosi) was bought for $9.3million. Meanwhile, the work ‘Suicide’ was sold off at $16.3 million far above its pre-estimated price between $6 and 8million.