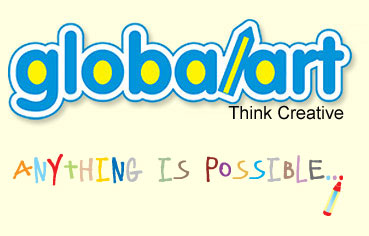 [image title=”Global Art” width=”369″ height=”236″ align=”left” lightbox=”true”]
http://www.arts.com.my/wp-content/uploads/2012/07/global_art_malaysia_asia.jpg
[/image]The Globalart Learning programme is perhaps one of the most distinguished children art centres in Malaysia and the region today. It was established based on the Globalart Creative Learning Methodology which was designed to offer a holistic art learning style for the young. This was established in 1999 where Globalart has since grown and expanded to become one of the preferred brands in children art with presence all over the country.

Globalart offers and delivers several programmes which are catered and designed for children from all age group where they will be able to learn the fundamental techniques to art while enjoying the classes in which they can interact with other children from their same age group. At Globalart, one would find some of the most innovative courses which can provide a holistic learning experience for children to enjoy their classes and sessions at Globalart.

Globalart has an innovative approach in the teaching of art to the children and their efforts have been well recognized and acknowledged where it won the ‘Innovation Excellence Award 2009’ given by the SME/SMI of Malaysia. Apart from that, Globalart is also associated with the higher education industry where they are working with Limkokwing University of Creative Technology, one of the top creative universities in Malaysia through their ‘Pathway to University Advanced Placement Programme’ initiative.

Globalart started off in 1999 when it was founded by Mr Mahair Goh who brought with him 10 years of teaching art experience. Through the Global Art & Creative, he injected his experience and passion into offering a new technique where each individuals are offered with their own pace and techniques.

After a year of operations, Globalart expanded to 60 franchisees and this was a giant leap from only 10 franchisees when they started. At this juncture, Globalart was teaching 8,000 students and then it was endorsed by the Saito Academy a year later. The One Academy would then follow suit in 2002 and Globalart extended its reach to Brunei.

In 2003, Globalart organized its first international art drawing competition which saw more than 3,000 participants joining and then the network would expand further to other countries like Singapore and Indonesia. In 2004, Globalart went further and the programme started gaining more popularity where it saw countries like India, Australia, Hong Kong, Vietnam, China and Thailand forming part of the network.

By 2005, the student number reached 100,000 from around the world and Globalart would continue to grown where it was holding exhibitions, seminars, art competitions on top of its classes and courses for children. In 2006, the Limkokwing University endorsed Globalart and that was also the same year when countries like Sri Lanka, Maldives, New Zealand, Fiji, Jordan and as far as Russia joining the fray.

Today, Globalart has expanded to as far as Canada and the United States through its set of mental development courses for children which have over the years been developed and enhanced to be effective. In Malaysia, the Globalart network spans across most states with their headquarters operating in Puchong in the Klang Valley.