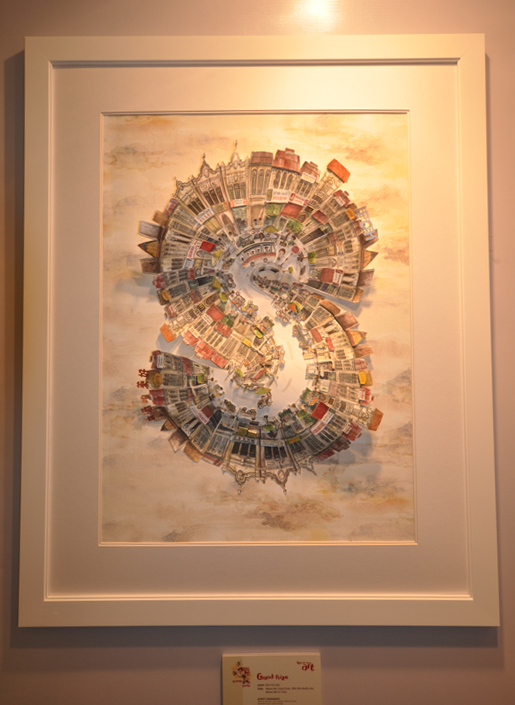 The 2012’s edition of the annual Nando’s Art Competition saw many aspiring artists joining the competition where this year’s competition was themed ‘Connectivity’. The competition has been held yearly since 2008 and this year saw many art students from various established art institutions around Malaysia taking part. The competition is opened to all Malaysians aged between 16 to 24 as of 31 December 2012 and the contestants mainly came from the major art institutions around the country that include UiTM (University Teknologi Mara), the One Academy, Limkokwing University of Creative Technology and many others. Generally, most of the artists submitted paintings while some sent in their sculptures and installations that include some 3-dimensional subject matter all encircling around the theme of ‘Connectivity’. The specifications of the artwork must be a minimum of 2”x2” and a maximum of 3”x 3” and there are no restrictions on the orientation of its shape. The medium used is open and is up to the artists themselves where they can are allowed to use acrylic, watercolour, silkscreen, prints, oil or any other material of their choice. The reason why ‘Connectivity’ was chosen as the theme this year was to highlight the current scenario where people are connected through their phones, social media and the internet all throughout the day. The topic was a simple issue but the challenge for the artists was to see how they can interpret them. The artworks that are collected by Nando’s will be selected to be displayed at their restaurants in Bangsar Village, IOI Mall in Puchong and in 1 Utama in Bandar Utama. The shortlisted artwork will then be exhibited at the Bangsar Village Concourse area which is coordinated by NN Gallery. The contest was eventually won by Ms Shin Pui San from the LimKokWing University of Creative Technology where she becomes the fifth winner of the competition. For winning the competition, Shin took home RM3,000 cash prize, RM200 voucher from Nando’s as well as her own solo exhibition which will be sponsored by Nando’s and organized and will be held at the NN Gallery.

For those who are interested in viewing the artwork, head out to Bangsar Village where they will be available for silent auction and bidding starts from RM500. The closing date for bidding would be on June 3 where the money collected will be split evenly between the artist and their institute of learning. 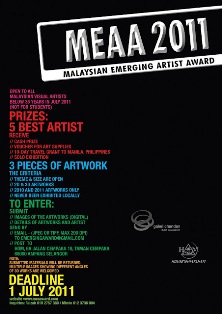