An upcoming art exhibition which will be held at the Wei-Ling Gallery in Jalan Scott from 5th September to 2nd October 2011 and this will be the ‘New Works’ by Dharvinder Singh and Al Khuzairy. This would be one of the most interesting shows because the works will be produced by 2 artists who come from different backgrounds and school of thoughts. However, they cross paths here by using the human figure as the reference point in the production of their art.

Dhavinder was born in 1983 where he is a graduate of Cardiff School of Art and Design and is widely regarded as one of the most exciting and new contemporary artists in the country. On the other hand, Al Khuzairy, who was born in 1984 is another young and upcoming artist from UiTM whose work have been widely exhibited around the country including being part of the collection of the National Art Gallery. How the 2 new artists integrate among their works is where Dhavin explores balance and harmony in his use of the human figure while the latter expresses his view of the world and surroundings using the subject matter. The gallery is opened from Mondays to Fridays from 12pm to 7pm and 10pm to 5pm on Saturdays. 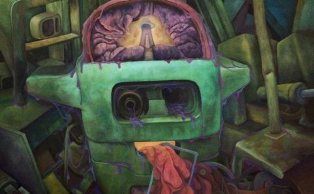 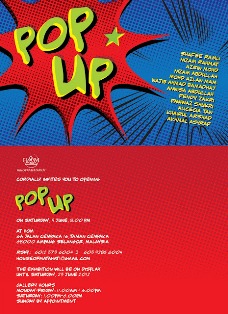 POPUP at House of MATAHATI