Formed in December 1989, the Instant Cafe Theatre Company is perhaps one of the most established performing arts centres in Malaysia. This is because it was formed at a time when there were very limited centres that offered this type of entertainment for the Malaysian public and it became one of the few major spaces that offered the exhibition and facilitation of performing arts and its related events.

Since then, the Instant Cafe Theatre has offered the platform for many aspiring and established performance artists to showcase their talents and skills while the organisation has also ventured into many programmes that have helped to nurture the next generation of Malaysians in this art form with a focus in comedy and other genres. The Instant Cafe Theatre has continued to grow and develop where it has been instrumental in shaping the current performing arts industry of Malaysia.

Today, the Instant Cafe Theatre remains as one of the major movers in the performing arts scene where it is still actively participated and involves a team of actors, musicians, directors, writers and enthusiasts who work together to bring the best shows and events to the Malaysian public. It has since been involved in countless shows through its own space while the Instant Cafe Theatre has also been engaged by many known bodies and organisations for functions that have been held in most of the major cities around the country while it has also travelled to other parts of the world like Singapore and Hong Kong.

The Instant Cafe Theatre has continued to grow and improve through the years, offering some of the best comedic events around the region and in 1994, the company would expand their reach further when the Dramalab was created. This was to be the company’s arm that is dedicated to the nurturing and encouraging talents in writing where it would eventually grow to become its own theatre company.

Among the notable events that the Instant Cafe Theatre had organised in the past include the ‘Out in the Open’ arts festival at the Carcosa Seri Negara which saw the Malaysian public enjoying a full month of performing arts events which has been widely regarded to be one of the most ambitious projects ever run. The Instant Cafe Theatre Upstairs, which was a self-funded space was set up in 1996 but due to financial reasons, had to be closed a year later. Today, the Instant Cafe Theatre continues to bring the best shows to the public and to continue its efforts in the development of its shows through various venues and programmes.

Since its inception, several renowned artists have been associated with the Instant Cafe Theatre both directly and indirectly. This include the likes of its Artistic Director, Jo Kukathas and Producers like Susie Kukathas and Adeline Tan while performers, writers and other known personalities like Adflin Shauki, Allan Perera, Andrew Leci, Brian McIntyre, Chae Lian, Dicky Cheah, Edwin Sumun, Harith Iskandar, Huzir Sulaiman, Ida Nerina, Indi Nadarajah, Indra Kukathas, Irizal, Iskandar Najmuddin, Jit Murad, Patrick Teoh, Paula Malai Ali, Samantha Schubert and many others too have been involved with the programmes of the company. 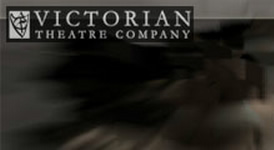