Exchange of arts through programme between Malaysia and Indonesia starting October 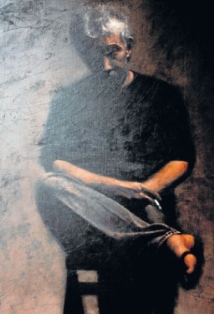 The current ‘FIGURE OUT’ show at Galeri Petronas has more than achieved its objective in instilling a stronger sense of pride and patriotism among Malaysians. Held in conjunction with the 55th Anniversary of Merdeka of Malaysia, it showcased 65 figurative artworks from some of the most established and renowned Malaysians artists curated by Professor Dr Zakaria Ali, a man of the arts himself.

The artworks are derived from the permanent collection of Galeri Petronas and they typically tell the story behind some of the major events and leaders of the country. There are the works out artists like Ahmad Zakii Anwar and Datuk Syed Ahmad Jamal, both of whom are considered as Malaysian great artists in their own accord.

Apart from that, there were also works of Eng Tay and others who have in their own time and space contributed to the growing and vibrant Malaysian art scene and their interpretations of some of the historical events of the country. Zakaria said that by re-visiting the artworks collected through time, it would be able to show the diversity of the nation’s background and the selection process was more on the work rather than the artist. Other artworks from the likes of Jalaini Abu Hassan as well as a photo by Tara Sosrowradoyo were also exhibited.