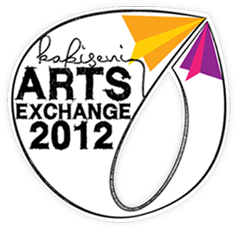 The recently concluded Arts Exchange 2012 proved to be a resounding success where a platform was built for artists from both the local and international front to showcase their talents and skills to the Malaysian and regionally arts-loving public.

Arts Exchange 2012 was organised by Kakiseni which was a 3-weeks long festival and involved a myriad of opportunities for the art-loving community to indulge and immerse in everything art ranging from performance arts like dancing and theatre, singing and vocals, acting and directing as well as the visual arts.

The festival brought together 18 Malaysian and 10 international artists who showcased their works throughout the 3 weeks. Essentially, practitioners were able to perform together on stage, exhibit their works and exchange ideas through a common platform. Foreign artists came from countries like Australia, Singapore, Thailand, Vietnam, and New Zealand and as far as Spain, Switzerland, The United Kingdom as well as from Brazil and Argentina.

The Arts Exchange 2012 was held in various places around the country where among the highlights include the street performances in Malacca and the group of artists performing the poco-poco dance with a local community group in Seremban and teaching children how to perform a shadow puppets show in Pulau Ketam.

It was truly a rewarding experience for all the artists who were involved in Arts Exchange 2012 where they were able to immerse in a multi-cultural environment while bringing their own set of skill sets and creative expressions together in the festival which is hoped to become an annual affair.