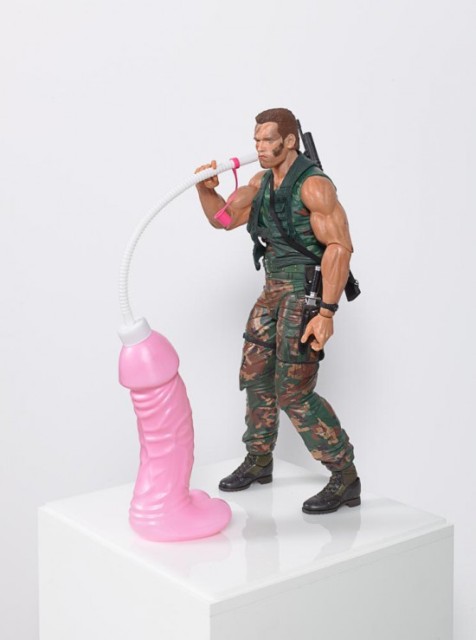 Held recently at the Museum of Arts and Craft in Zagreb, Croatia is a posthumous exhibition showcasing the art of national laureate Datuk Syed Ahmad Jamal, who passed away in 2011 at the age of 81. The show referred him as the ‘Guru of Colour’ and that in itself is no exaggeration.

The name of the exhibition is ‘Guru of Colour: Pelukis In Zagreb’ which was held throughout the month of June. This show featured the works that were loaned from 3 of the most prominent galleries in Malaysia, namely Galeri Petronas, the Bank Negara Gallery and the National Visual Arts Gallery.

This show featured 4 series of artwork from the artist which was curated by Nurlhaq, his son. Among the works that were on displayed are Sireh Pinang, Self Portrait and Warna Merdeka.

The works of Syed Ahmad in Europe joins the several others recently that include Chang Fee Ming’s first London solo exhibition while the likes of H.H Lim and Amir Zainorin have been actively involved in shows like the Hula Hoop project in Italy’s Spoleta Festival and many others. Apart from that, there is the Start Art Fair in London’s Saatchi Gallery involving 11 artists while the Art Basel in Switzerland saw the ork of Shooshie Sulaiman on show which joins Fai Zakaria’s involvement at the Young Art Europe & Young Art Global show at the Museum of Young Art (MOYA) in Vienna, Austria.

Another Malaysian artist did the country when he showcased his works at the recently held Art Basel Hong Kong. Renowned contemporary artist Choy Chun Wei was the only artist to represent Malaysia at the art festival, deemed as the Olympics of the art industry globally.

Choy exhibited ‘The Human Landscape’ where he developed it throughout the show which was held from 15th to 18th May. He was represented by Wei-Ling Gallery where the art work was specially designed and curated to ‘catalogue human experiences’. Choy used a mixture of media and interactive installation to complete the work which was specially intended for the ‘Insights’ segment at Art Basel Hong Kong 2014. After all, deconstructed collages have been much of Choy’s signature and forte who is a graduate from the prestigious Central Saint Martins College of Art and Design in London and was among the artists who was once part of the Rimbun Dahan Artists Residency Programme.

The widely anticipated Art Basel 2013 Hong Kong saw some very interesting visitors who came to the most prominent art fair in the world. There were quite a lot of leading celebrities and leaders who came to the fair which have in recent years included the likes of Kate Moss and Chelsea FC owner and Russian billionaire Roman Abramovich.

It is not always that one gets to see so many known people around the world who seemed to be interested in an art show which saw the works of Spanish artist Cesar Manrique who showcased his trademark art car on a BMW. Meanwhile, Swedish vodka Absolut enjoyed some time in the spotlight too being given a makeover of such.

The world’s biggest art players like White Cube were involved while the Victoria Miro gallery of London too had its role in the show. Known as the Olympics of the art world, it was a good outing for the Malaysian art scene which was represented by Wei-Ling Gallery through Ivan Lam’s Vending COMA project, which saw Ivan inviting Malaysian artists to participate in his installation of a vending machine which houses the works of miniature artworks produced by the artists themselves.

The Malaysian art industry is set to reach great heights when the internationally acclaimed fair of contemporary art, Art Basel comes around between 23rd and 26th May 2013. This event is the largest and most highly acclaimed fair where it has been called the Olympics of the art world, among many other accolades.

This year, Art Basel will be held in Hong Kong which will be a splendid platform for Asian artists to showcase their body of work to the global arena. For this project, Wei-Ling Gallery, one of the leading art galleries in Malaysia, together with Ivan Lam is embarking into an art project entitled ‘Compendium of Malaysian Art (COMA)’ which will showcase the best of Malaysian art at the fair.

For this project, Ivan, who is one of the most established and renowned Malaysian artists today is inviting all contemporary artists of Malaysia to participate. This will be a unique concept by Ivan to bring 500 artworks of Malaysian artists in 1 collective effort which will be featured at Art Basel. The categories that will be represented in this project are Modern, Contemporary and Emerging where each respective artist will be selected based on their quality of work.

As the collective group of Malaysian artists today, this project will truly bring Malaysian art to the international scene and more genuinely so through an art event as reputable as Art Basel which is being held at Hong Kong, perhaps the most active and dynamic art centres of the Asia-Pacific region today. Apart from the fact that your artwork will be seen by art lovers and enthusiasts from around the region, you will also be part of the concerted effort that will loudly proclaimed the wonders and immersing art of Malaysia.

FAQ – Only available in Arts.com.my

It is natural that for a project as large as Ivan Lam’s for Art Basel, a lot of questions and issues will arise. In an exclusive interview with Ivan, we find out and get all your questions answered about your participation and involvement with this extremely exciting art project. Below are some of the questions that you might be asking which will help you understand Ivan Lam’s Art Basel project better.

What is COMA all about?
It stands for Compendium of Malaysian Art. It is by Ivan Lam and aims to collect 500 of today’s Malaysian contemporary artists’ works and feature them in a unique and artistic way at Art Basel 2013 in Hong Kong (23rd – 26th May 2013).

Whose idea is it?
COMA is Ivan Lam’s idea with the support of Wei-Ling Gallery

But I represented by a different art gallery.
This is a project between you and Ivan Lam and will not bring any conflict of interest with your gallery representation.

Why Art Basel?
Because it is the biggest art event in the region for 2013. It is known as the Olympics of the art world.

Why are the artworks so small in size?
The small size is by no means fully representing you as an artist. It gives the viewer a glimpse of what you are as an artist. The size is very specific as it involves 500 artists in one booth and also in a special contraption to house all of us. By having a small piece of artwork, it will not tax the artist to come up with big works but it must be big on ambition and ideation.

Are the artworks for sale?
No. The artworks are not for sale separately.

What is the RM10 payment for?
It is as a token of appreciation for your contribution to this historic and unique Malaysian art project.

Have you had any bad response from artists?
Yes obviously, and a lot of good ones too.

How much are you spending for this project?
I think the ball park figure would b close to a hundred thousand ringgit from idea to execution which covers production, overheads and transportation of collecting the artworks, integrating them and delivery to Hong Kong

There was some sort of an exodus of art buying at the recent Art Basel in Basel, Switzerland. Dealers are reporting that there was a frenzy of buyers in the first few hours of the opening. In fact, one said that this has been the best Day One at the fair in the last decade.

In the first hour alone, a Christopher wool canvas was sold for $5.5 million by the Van de Weghe Gallery while the Skarstedt Gallery sold a Keith Haring piece for about the same price. There was a pre-preview VIP breakfast at the courtyard before the show but that might not be the influencing factor on why sales was so good.

With about 300 exhibitors involved in what is known as the ‘Olympics of the Art Scene’, some claimed that it was like a tsunami and felt as if galleries were giving stuff away that attracting so many ‘receivers’.  Besides names like Peter Brant and Ulli Sigg who are among the top global collectors, celebrities like Leonardo DiCaprio who is no stranger to Art Basel was spotted as well.

Besides several Picasso works being sold, other names that were moving about in the sales market include Lee Ufan, Reena Spaulings and Karen Klimnik, just to name a few.

Was there anyone who was aware of the murals painted by Muhammad Suhaimi Ali, Abdul Hadi Ramli and Muhamad Firdaus Nordin in Shah Alam? The mural

The Artist’s Brush The logic is simple. You can never be too stingy when it comes to art. If you are a painter, you know how

Read More »
PrevPreviousWhy is art so expensive?
NextEmerging Malaysian Artists you should take note ofNext
Ask us in Whatsapp