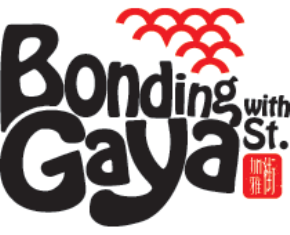 Richard Lim is perhaps one of the lesser known advocator and educator of the arts. After all, he is an art teacher in Sabah who had relentlessly educated students in for many years before retiring. Anyone would have the general perception that art in schools are taught in terms of art blocks and water colour which is often the main stumbling block for the children.

Lim used to teach art between 1969 to 1971 at the KK High School where he taught the third and fifth form students and said that not many were interested in art then but were more into the graphic design fields. He would then move on to the higher levels when he continued teaching art in 1976 to 1998 at Sabah College before retiring. Throughout his career in art education, he has seen many who have gone on to become artists in their own accord and believes that he has done his part in imparting knowledge to his students.

As an educator, he was also involved in mural projects when he taught art at the National College and he is one who never stops until he got really tired. Lim is one of the Malaysian graduates who studied at the highly prestigious Chelsea College of Art in London where he focused on mural design. He also learned the techniques in water colour painting under Ray Smith.

The Malacca-born artist completed his education in art at Brighton University in the United Kingdom where he was involved in projects at Rank O’Conners and Shepherd Bush in London. His works can be seen around the country where among the significant ones include the 20-feth high mural at the Kota Kinabalu State Assembly building, the Sabah Art Gallery, Wisma Bena, Wisma Pendidikan, the Sandakan Library and the Lao Hao Fook Restaurant in London while he is still very much actively involved in the art scene. Richard was involved in the Bonding with Gaya Street event held earlier this year, a place he regularly visited since the 1980s.