Positioning KL as urban hub for art like Melbourne and Singapore? 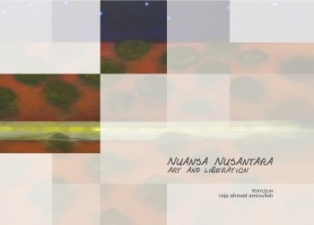 Professor Dr Zakaria Ali, one of the most prominent art historians of Malaysia said that the older generation should learn to appreciate and accept the work of the new and emerging generation of artists. This is because there is an on-going sentiment that the younger generation’s works might be too radical and to a certain extent, unconventional.

Dr Zakaria said that artists of the earlier generation has a duty to support and encourage the new ones which could be totally different from the earlier years instead of wanting to always ‘show them the way’. The young artists work represents very much the new era of art not only in the region but very much so for Malaysia.

Their work is more vibrant and exciting and surely different from that which have been seen before. He said that the art of the earlier generation was more focused on places, stories and incidents while the new generation moves beyond all that due to the exposure to new media and exposure like the internet which surely spurs more imagination and expression. He said this during the launch of a book entitled ‘Nuasa Nusantara: Art and Liberation’, which was complied by Raja Abhmad Aminullah a renowned writer and poet.

The 146 page book is focused on Malaysian art that includes contribution from Dr Zakaria as well as works of renowned and established artists like Datuk Syed Ahmad Jamal, Abdul Latiff Mohidin, and others. The book was published and compiled to preserve the works of the Malaysian artists of the previous generation.