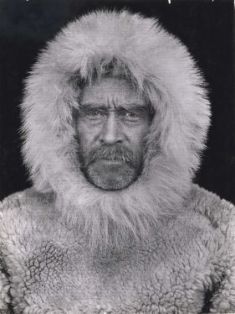 International art and antique auction house Christie’s has announced that they will be selling off the collection of photographs and works of art from the National Geographic Society’s archive. Anyone in the know will be aware of the beautiful photos and work of art that National Geographic had produced over the years and this would make the auction even more interesting. Sales are expected to fetch up to $3million which will be held on the 6th December 2012.

The auction is held in conjunction with the National Geographic Society’s 125th anniversary and it will include compelling photographs that have been collected since the 1800s. On top of that, it also includes works of art like paintings that were made by renowned practitioners like Andrew and Newell Convers Wyeth. In this context, the latter’s painting ‘The Duel on the Beach’ is among that with the highest expectations in which it has been given a pre-sale estimate of $800,000 to $1.2million.

Meanwhile, the photography ‘Afghan Girl’ by Steve McCurry is expected to be auctioned off for as much as $50,000 while Edward S Curtis’ ‘The North American Indian’ could go under the hammer for $900,000. Maura Mulvihill, the Senior Vice President and Director of National Geographic Image Collection said that the sale will celebrate the accomplishments of National Geographic in the past and to look forward to new ones and that many in the 11.5millino images in their archive have never been published or seen in public and this is a good time to do so.