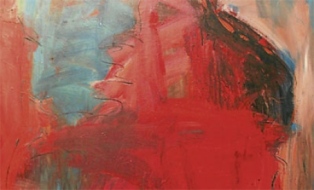 The recent ‘Nature in Transformation’ exhibition by Finnish artist Susanna Herneshiemi was more than just art because it was the ideal platform for the artist to showcase her influence and her lifestyle of having been based in Penang for many years. The works saw her expressions of her works that were stemmed from her travels and experiences and her concern for the environment.

The ‘Nature in Transformation’ exhibition, as its name implies showcased Susanna’s emotions and analyses of earth in her 30 acrylic paintings which among the issues that were addressed include the likes of air and water pollution, deforestation, global warming as well as the need and importance of man and nature’s co-existence.

The solo exhibition was held in Penang’s Galeri Seni Mutiara which involved canvases in various sizes and were painted in her signature style of contrasting colours and such. Susannna was actually born in Western Australia in Geraldton before returning with her parents to Finland at the age of 4. That was the place where nature was in abundance which would eventually become a major factor in her body of work. She would later be discovered and tutored under Justus Sarisalo before continuing her studies to the Simmons Center of Fine Arts in the United States.

According to Sussana, her works reflects the beauty and drama that are often exuded between humans and their natural surroundings. Much of her work however is commonly left to the perception of the viewer although she usually starts with an idea.