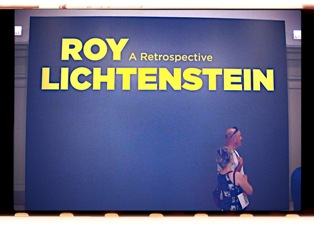 Avid fans of the Pop Art movement would be delighted to know that the National Art Gallery in Washington is holding a retrospective art exhibition of Roy Lichtenstein. The man who was instrumental in bringing Pop Art to a higher level will be getting his first major retrospective show 15 years after his death and this will be carried out by the prestigious gallery in the United States.

Essentially, there will be 130 pieces of artwork from Lichtenstein which will be on display which include paintings, drawings and sculptures and appropriately so, it will showcase the artist’s career that has been so illustrious before he passed away at the age of 73 and has continued to be a major influence in the art movements of the world today.

The exhibition is the work of New York based curator Harry Cooper who said that Lichtenstein is one of the most popular artists together with another Pop Art icon Andy Warhol. Among the works that are on display include ‘Look Mickey’ one of Lichtenstein’s earliest work which was given to the National Gallery of Art back in 1990 and exudes the artist’s work on Ben-Day dots. It was in works like these that Lichtenstein had been able to turn the language of comics into art, something which he did so successfully before other emulated his style. Another works is ‘Whamm’ which is one of the artist’s most popular art work produced in 1963.

After this, the show will travel to London at the highly prestigious Tate Modern museum before heading to Paris at the Centre Georges Pompidou. Lichtenstein’s work remain one of the most sought after works today where his ‘I Can See the Whole Room… and There’s Nobody in It!’ broke the records when it was auctioned for USD$43.2million by Christie’s late last year.