Rothko painting fetches $75.1mil at Sotheby’s and record for Pollock’s work too 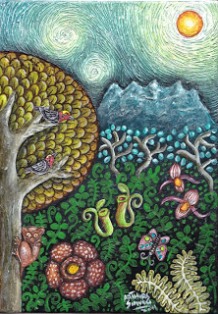 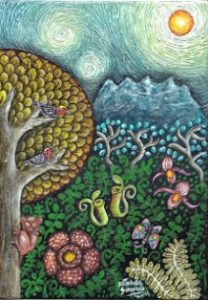 For Dr Awangku Hassanal Bahar Pengiran Bagul, the head of BIMP-EAGA Unit for Tourism Development at UMS (University Malaysia Sabah), art appreciation is not just collecting paintings and other artworks. The lecturer believes that it involves helping artists to achieve their full potential which is why he helps them by helping them in these areas.

The 38-year old lecturer has been collecting works of local artists for more than 15 years now which included his first piece that he bought for RM10, which he thought was not about the money but instead about the efforts that were put by the artist into completing the artwork. He has since collected more paintings and artwork after that in which he has now about 70 paintings in his collection.

He said this during the recent ‘Sabah Naive Artists Showcase’ where he also said that he never thought about the value of the paintings when he bought them which would be worth much more today and hopes that he could one day exhibit his collections in his own gallery which could also help to promote local artists too.

The showcase was held at Kota Kinabalu’s Jesselton Hotel which he organised that involved 5 artists namely Arthur Stephen Siowou, Awang Fadilah Ali Hussein or more fondly known as Awang Borneo, Jainal Amambing, Rosmaini Sunarjo and Toytom or Azlan Dulikab. There were in total 35 pieces of new paintings showcased by the artists which were sold between RM350 and RM500 that featured their works that are different from their own better-known body of work.