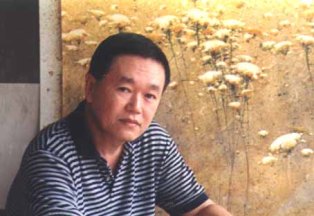 Alex Ong Boon Hau is one of the earlier generations of Malaysian artists. Alex learned his methods in art in the then very popular Kuala Lumpur College of Art in Kuala Lumpur back in 1977 and went on to establish himself through a career in art. As with many artists of his time, Alex’s forte is in the watercolour techniques where he is known to like working with landscapes and flowers. Born in Muar from Johor, the Diploma in Fine Art holder spends a lot of his time in New Zealand which is the most natural place for anyone who likes to paint luscious landscapes.

As an artist, Alex takes his passion very seriously where he has spend a lot of time and effort studying wild flowers. His watercolour techniques are known to engulf both the eastern and western influences where they have already been seen by art lovers in many countries mainly around the Asia-Pacific region.

Alex Ong has been involved in several solo and group exhibitions where his artwork has been appreciated around the region. Alex is known to put a lot of effort in his artwork which is why it is not frequent that one gets to see his solo exhibition. His earlier solo shows include one held at the Merilyn Savill Gallery in New Zealand in 1994 while in 1999, he had a solo show entitled ‘Seasons’ at the NN Gallery. 3 years later, he will hold Seasons 2 at the same gallery before having one in Australia at the Artours Gallery called ‘Romance’. The ‘Harmony’ show was held in 2004 at the Expressions Art and Entertainment Centre in Wellington, New Zealand while his more recent solo exhibition was in 2008 held at the NN Gallery.