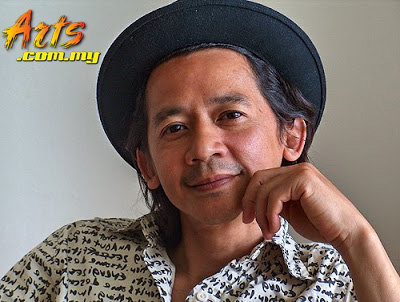 Born on 1st September 1963, Amir Zainorin is one of the most renowned contemporary artists in Malaysia. The Johor-born artist’s works are known to have derived from his childhood where he grew up experiencing a mixed society of different cultures and beliefs background. Amir is currently based in Denmark and Malaysia where his works are often exhibited in galleries and art spaces in both the countries.

Amir’s early education was in Business Studies where he studied at the Polytechnic Ungku Omar where he then proceeded to the United States at the University of Central Arkansas as well as at the University of Missouri in Kansas City. His career in art began after he met Jeri Azhari, a renowned pop artist where he subsequently went on to undergo apprenticeship with Ahmad Azhari for 3 years after that.

Amir’s work is known to be widely inspired by the happenings around him as well as from the mass media. Pop culture and the society at large are said to be also to be the elements which affect his work. Music and movies are used in depicting his perception of the world where there are also elements of humour as well. One could easily identify Amir’s work as he often uses modern images and those in the media.

Amir Zainorin is a very established artist in the Malaysian art scene as his body of work are of common images which are easily recognizable and distinguished. He was a resident artist at the Jaguar Studio in Kuala Lumpur while he was also one at the International Cultural Center in Oostelbier in The Netherlands in 1998.Among some of his renowned solo exhibitions include the ‘Subject to Change’ show at the RA Gallery in 2010 while he also exhibited his works at the National Art Gallery’s ‘ X Box ‘ Installation and Performance Art. Over in Denmark, Amir’s works were put on show at the Gallery Shambala in 2008 in a show entitled ‘Paradice Now’ in Global House and Albertslund Bibliotek Copenhagen. A solo show was also held at the Malaysian Embassy in Sweden in 2004 entitled ‘Breathe’. Apart from that, Amir has been involved in many group exhibitions in Denmark including the ‘Invitation to the possible’ show at Overgaden, Institute for Contemporary Art, Copenhagen, the ‘Mind My Hat’, Video Show on the Immigrant Museum, Farum, Denmark, the Begehungen Arts Festival in Germany’s Chemnitz as well as in Hungary. He is also actively involved with workshops which are held in around Denmark like the Værebro Kommune, Albertslund Bibliotek, HC Andersen Festival and many others.