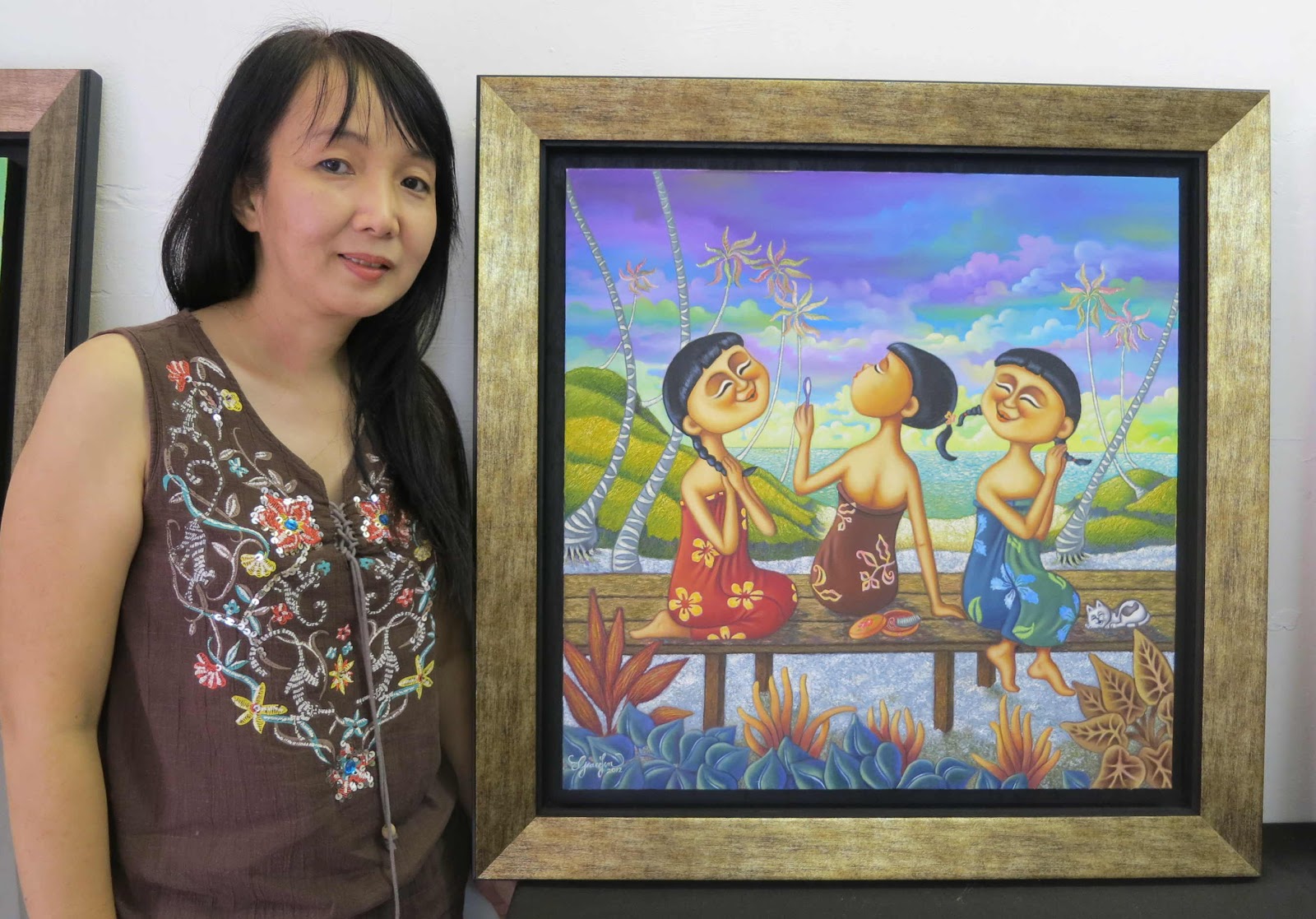 Born in 1967, Grace Lim is one of the emerging contemporary artists of Malaysia. She comes from the town of Pontian in the southern state of Johor where she grew up amidst the small ‘kampung’ or village environment thereby giving her the experience and impression of a different lifestyle and practices as compared to the city life one could be so accustomed with today.

Grace’s main medium of painting is in oil and acrylic which in many ways exude her naive art form, especially in its strong and bold colours. She developed her liking and passion in art from an early age and the tropical environments and the simplicity of the kampong life would continue to influence her body of work until today.

As an artist, Grace is highly consistent especially in her subject matter and interplay of colours. What makes her paintings so remarkable and unique is that Grace is a self-taught artist with no formal education in fine arts. Doing well with excellent scores in the art subject, it was motivation enough for Grace to join art activities in school which would develop her techniques further and flame her passion in art. She also once worked as a graphic designer in Singapore and then she would setup a silkscreen workshop with her husband which was based in Johor Bahru.

In 2007, she left her corporate job life to venture into her journey into naive art on a full-time basis while juggling the responsibilities of a mother and wife. Since then, her art has received very good response and has been acquired by many private collection in Singapore and Malaysia as well as in Australia and as far as Africa.

Grace is very much a painter who works primarily works on naive art. There is often a sense of imaginary elements in her works while she would usually paint ‘simplicity’ in her own unique and expressive way. Today, Grace works on her paintings with very strong and bold colours while her fluid and curvy human figures remain as the strongest character in her artwork. Essentially, Grace is able to portray the ‘fun’ and ‘simple’ kampong lifestyle through the use of colours and the facial expressions of the human figures whether it is a boy bathing, a mother tying the hair of her daughter and even the cats that are depicted.

Before establishing her own style and signature methods, the mother of two had experimented her specialisation in many medium and colour techniques and her work today exudes the very vision of children on the surrounding environments and more rightfully so on the rural village lifestyle and tropical scenes which are often associated with kampongs around the country.

Her works encircled around the concept of ‘simplicity in life and the imaginary world of colour where her childhood memories of tropical villages often seen on her paintings on canvas. This is the very philosophy of Grace’s work which she expresses so intricately through children eyes where her unique integration of the subject matter, colours and techniques provides the viewer with a vivid impression of the rural lifestyle she so often exudes. Thus, the viewer would always be able to associate with the warm feeling of tropical paradise depicted by Grace in her paintings and graceful expression on her canvases which usually encompasses flowers, birds, animals like cats and chicken as well as the tropical tree all of which are juxtaposed to produce a peaceful and tranquil scenario of happiness, peace and love.