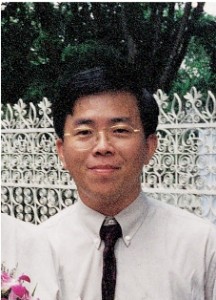 Yong Look Lam: Born in Klang in 1962, Yong Look Lam is a well established fine artist in Malaysia. He graduated in 1982 with a Diploma in Fine Art from the Kuala Lumpur College of Art and a year later he completed his Diploma in Watercolour. Look Lam is actively involved within the art scene where his works have been widely exhibited and won various awards and prizes. He was the Second Prize winner in 1984 at the Malaysian Landscape art competition organized by the National Art Gallery. Due to his close interpretations of culture and the village community, he is known as the ‘Kampong Boy’ of the art scene.

His works are drawn through his experiences in travelling around and observing the architectural wonders of the heritage of the towns and cities. He is one of the founding members of the Malaysian Watercolour Organization where he has been involved in numerous exhibitions in around the world. He is the recipient of the Malaysian Watercolour Society Award in 1987 as well as the Pemandangan Malaysia Award in 1994. One of his most recent solo shows was held at the Pinkguy Gallery entitled Ashore where he depicted the life and culture of the fishing village an earlier solo show was the “Fascinating but Vanishing – A Watercolour Painting Exhibition” was held in Penang.

Yong Look Lam’s watercolour techinques are one of the most remarkable around. Using a medium which many deemed to be boring and plain, Look Lam is able to inject so much excitement in his paintings. As seen in the piece ‘Pulau Pangkor’, he has projected a kampong house which is surrounded by coconut trees, a background of the forest as well as live chickens. To make these elements come into life through watercolour is a skill which is very difficult to achieve. More so if he can put content which is so rich in nature. Its almost real in many ways and nearly photographic from any angle.

In Concubine Lane, Look Lam paints a snapshot of a traditional lane in Ipoh. Yet again, he has been able to project life into this watercolour painting and this is one area which many artists have failed to do. The objective here is simple, project an image and make it look real. The cracks on the walls tells you that this place is historical as much as it is a heritage. The way the clothes are hung out to dry is an old and traditional practice while the cracks on the pathway also tells you that this place have come of age.