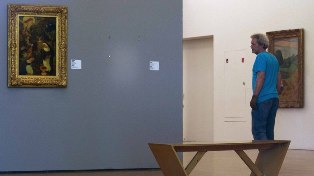 The recent art heist that took place at the Kunsthal Museum in Rotterdam, Netherlands was more than just a theft case. It was the manner by which the paintings were stolen that raised some eyebrows. According to the Kunsthal Museum, the robbers had successfully exploited a loophole int eh security system which allowed them to get away with the paintings.

This was the biggest art heist in 20 years and it has caused the Kunsthal Museum to face some strong criticism over its security measures. After all, the thieves ran away with 7 valuable paintings after camera images showed that they were able to enter the premises, made their rounds and left in less than 2 minutes.

The police had only arrived after 5 minutes when the alarm was triggers. Since the report, they police had recorded more than 60 tips on the case. The director of the museum, Emily Ansenk said that it was there must be trade-offs between safety and security and it was this element that allowed the paintings to be stolen.

The thieves took their round in the museum during the 20th Anniversary celebrations and ran off with works that were loaned from the Triton Foundation and that included works by Picasso, Monet and Matisse and others. How they got away without being caught was to first deliberately trigger the security alarm. This would cause the museum to be in a lockdown with the high-security locked doors all automatically activated.

During the lockdown, the thieves knew that no security guards will be used because, due to fire safety reasons, the lockdown would automatically deactivated within minutes. Once that happens, they broke open an emergency door, entered the museum, collected their loot and left, all in a matter of 96 seconds. The police did not arrive until 3 minutes later and the fact that they were able to capitalize on this loophole suggested that there could be an insider involved, but the paintings are already in the wrong hands.