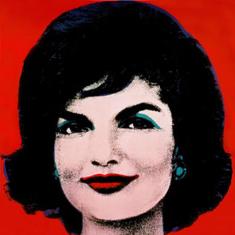 For all you pop art lovers and enthusiasts, this might be good news to you. This is because, the Andy Warhol Foundation for the Visual Arts recently announced that they will be selling off the entire collection of works from the late Andy Warhol. The foundation has appointed international fine art auctioneer Christies’ to conduct the sales.

It will involve 5 or more years to actually dispose off all the works by the pop art icon. According to Joel Wachs, the president of the foundation, the plan is expected to bring in more than $100million which will involve ‘many thousands’ of the artist’s works.

Income generated from the sales will be used to channel its funds as grants to many non-profit art spaces and museums. Currently, the amount of grants channelled out is at $13.5million and the sale of the collection could push it up to $20million annually. Where this is concerned, the Foundation might not be selling everything as they are also planning to give some of its holdings to museums as part of its 25th anniversary celebration this year.

The foundation was set up after Warhol’s death in 1987 as stipulated in his will which included efforts to move about 4,000 of his artwork to Pittsburgh, his hometown in the efforts to establish the Andy Warhol Museum collection.  Wachs added that they will be looking to work with various partners while Christie’s is the main auctioneer. To kick-start the campaign, November 12 will be the first event that will include Warhol’s works in various media.

February will be the month online auctions will start while the auctioneer will also be working on selling the works through private deals that will cover most of Warhol’s works including the print and collage of Jackie Onassis made in the 1960s which is expected to fetch about $200,000 to $300,000.

However, this collection of works might not reach the amounts garnered for the likes of the ‘Garner Car Crash’, which was auctioned by Christie’s for $71.7million as well as the $80million and $100million of the Marilyn Monroe and Elvis Presley paintings respectively.