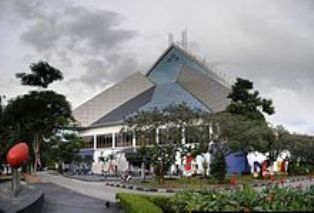 The recently announced Auditor-General’s Report 2011 brought about a lot of criticisms and praised for all quarters and departments. Some were complaining about the bad financial management and overpriced purchases while certain ministries were given the thumbs up for their good management. However, it was also highlighted that there is a need for better security and protection of some 4,000 pieces of artwork in the Permanent Collection.

The collection includes all types of artworks that have been collected for decades which encompasses paintings, photographs, sculptures, sketches, drawings, installations as well as valuable and rare items like gifts and memorabilia received from various bodies and organizations which collectively would be worth about RM65million.

The Permanent Collection is current exposed to leaks and water-based fire extinguishers which are housed within the building which have emergency exit routes which are hindered by objects as well as poor security features like unclear CCTV recordings and those without night vision. Among the recommendations put forward was to enhance these features which include very early smoke detection devices.

The National Visual Arts Development Board said that currently, the repair works in the building is going on and that the works on the roof was 96% completed. However, it would be asking for funds for a dry fire extinguishing system from the government while they will also be seeking for night vision CCTVs and to clear the emergency exits. Apart from that, fungal growth is also another problem at the building due to its poor control of air humidity and temperature, all of which must be addressed as soon as possible.