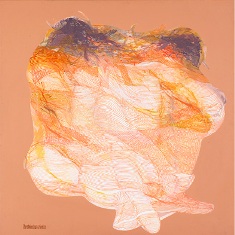 As a build-up to the upcoming art auction on October 28 at the Sime Darby Convention Centre in Kuala Lumpur, the Henry Butcher Art Auctioneers held a preview at the a2 Gallery in Penang’s Bangkok Lane. The preview saw 37 of the 91 pieces which will be going under the hammer to Penangites so they know what they will be bidding if they plan to participate.

There was one of the works of Datuk Ibrahim Hussein while Abdul Latiff Mohidin’s ‘New Landscape’ painting was also on show. Datuk Chuah Thean Teng’s work ‘Bathing Baby’ and ‘Mother and Children’ were also put on show while many other works from one of the most impressive list of Malaysian artists like Datuk Hossein Enas, Lim Kim Hai, Chen Wen Hsi, Chang Fee Meng, Chong Siew Ying, Ismail Hashim were also displayed for the viewing pleasure of potential bidders and art lovers alike.

Lim Eng Chong, the director of Henry Butcher Art Auctioneers said that it was quite an honour to be involved with artworks from some of the most remarkable and successful Malaysian artists of today and it would surely build up to an exciting event when the auction is held in Kuala Lumpur later this month. Henry Butcher Art Auctioneers have been actively involved in the art scene in recent years where they have become one of the major art auction house in the country and around the region. The Art Auction Malaysia is set to continue this practice which will see more consigned artworks being sold off to the highest bidder among the art loving crowd.