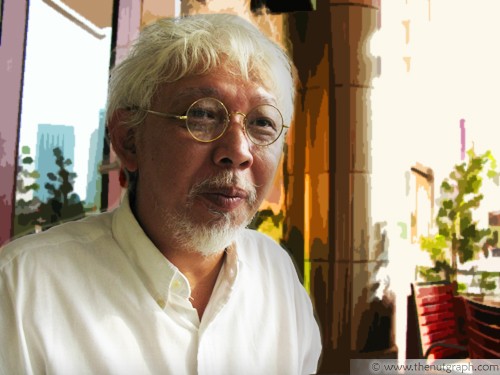 Ahmad Zakii Anwar is perhaps one of the most illustrious and established fine artist in Malaysia. His name has been synonymous linked with art where the mention of the name Zakii will invoke one of the most popular artworks in the country. Born in 1955, Zakii is known to have produced one of the most engaging, realistic and desired fine art not only in Malaysia but throughout the region as well as in other continents. Zakii is one of the earliest fine artist where he is widely regarded as one of the first generation artists when he first came out through the School of Art and Design from MARA Institute of Technology Malaysia. He started off as a graphic designer and was involved in the advertising industry where he had produced some of the most engaging advertising creatives during his time. From there, he continued to establish his name by converting to fine art where his techniques have been exemplary and world class.

Zakii’s work is easily recognizable as he does so well in using the media like charcoal and oil to exude his still life into realistic portraits and paintings. His work has been ‘loud’ and large and is widely sought after by collectors, galleries and art spaces around the region. 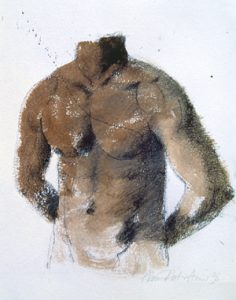 Ahmad Zakii Anwar has established himself as one of the leading fine artists of his time. Since producing art work for the Malaysian art scene, Zakii’s work has been displayed and exhibited in most public and private galleries in both the local and international scene. One of his most recent exhibition was at the NUS Museum at the National University of Singapore in a show entitled ‘Being’ while he also had a show at the Petronas Gallery in Suria KLCC called ‘Disclosure’. His ‘Drawings, Sketches &amp; Studies’ show was also recently held at the prestigious Richard Koh Fine Art gallery Kuala Lumpur previously.Apart from that, he has also held solo exhibitions at the Singapore Tyle Print Institute, CP ArtSpace, Jakarta as well as at the Drawing Room in Manila and the Numthong Gallery in Bangkok. Zakii is no stranger in the art scene where he has been involved in countless group shows which include Pace Gallery and Valentine Fine Art.

His works have also travelled to other countries that include the Andrewshire Gallery in Los Angeles at the ‘Humanity’ show while it was also seen at the 50th International E.V B.K in Prum, Germany. Apart from that, his artwork was also showcased previously at the ArtSingapore show in Suntec City, Singapore as well as at Rimbun Dahan while in Japan, it was exhibited at the 14th International Asian Art Exhibition at the Museum of Asian Art in Fukuoka. In the United Kingdom, he showcased his artwork at the “Perception &amp; Perspective: A Malaysian Eyeview” show at the Hotbath Gallery in Cheltenham.