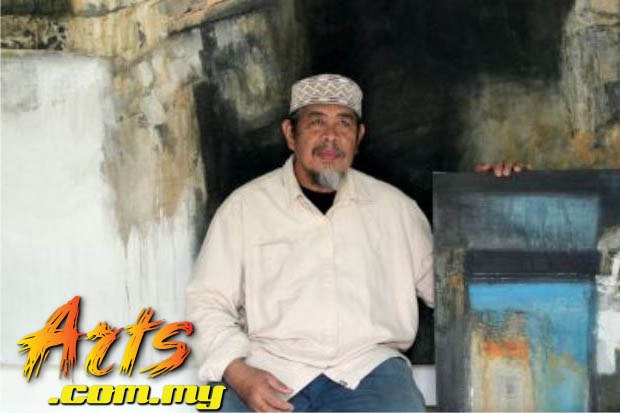 Awang Damit Ahmad’s Profile: Born in Kuala Penyu in Sabah, Awang Damit Ahmad is one of the most renowned and well established artists in Malaysia. Awang Damit as he is more fondly known was educated in the Fine Arts when he studied in the School of Art and Design with UiTM. So good was he in his work that he was the best student for the year 1983. He then continued towards his postgraduate where he did his Masters in Fine Art with the Catholic University of America in Washington D.C.

He is currently a lecturer with is alma mater in UiTM where he has been appointed as the Associate Professor of the faculty in 2000. Before that, he had also undertaken other positions including being the Head of the Fine Arts Department. Despite being involved with the academics, Awang Damit is very actively involved with the development of the Malaysian art scene where he is well respected as well as popular among collectors, peers and students.

Artworks, Awards and Exhibitions: His body of work encircles around an abstract take on culture and sophisticated issues where one might not expect too much contrasts in the colours. Somehow it depicts the retrospective impressions in his artwork although the main objects stand out very much in within a pallete of other props.

Awand Damit has also been involved with international art competition where he received Honorable Mention at the 1995 and 1994 Philip Morris Malaysia Art Awards where he also won the 2nd Prize (painting competition) organized by Malaysian Bank Association, Kuala Lumpur in 1988.