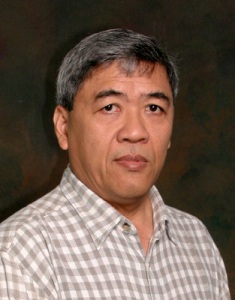 Md Yusoff bin Othman is a Malaysian artist and is one of the earlier generation figures of the Malaysian art scene. Born in 1949 from Pontian in Johor, Yusoff is widely considered to be one of the veterans among the young and emerging artists where his works is known to be highly expressive especially through his photography of objects and subject matter where his intricate composition is known to be one of the best among the community.

Yusoff has been involved in the education of the arts and photography where he lectures at the Universiti Teknology MARA in Shah Alam in Selangor. His early education was with the same university where he obtained his Diploma in Photography. He would then continue and venture overseas where he completed his Master in Fine Art at the Ohio University in the United States majoring in Photography which is very much his passion and calling. As an artist and educator, he has been actively participating in exhibitions at major art spaces around the country as well as abroad.

In terms of exhibitions, Yusoff’s artwork has been seen in major art spaces and galleries where he has been involved since the 1970s when he was still a student. In 1976, he was involved in the National Senifoto exhibition organized by the National Art Gallery. He was also involved in the diploma and faculty shows with UiTM while other shows include the ASEAN Photography and Painting exhibition which was held in Bangkok, Kuala Lumpur, Jakarta, Manila and Singapore in 1981. After he completed his Master in Ohio University, his works were exhibited at the Gradaute Photographic Exhibition as well as the MFA Thesis Show.

Other notable shows that Yusoff has been involve dinclude the ‘Insperasi’ show at the Galeri Shah Alam, Selangor, the ‘ALAMI II PUNCHAK’ show by National Art Gallery as well as his solo exhibition entitled ‘Simulacra The Colours of Nature’ held at the MAYA Galeri in Bangsar, Kuala Lumpur.

Yusoff’s photography has been exemplary in many ways where there is no doubt about his techniques and skills having developed and enhancing them for more than 4 decades now. In his photography of Sungai Pinang which is part of his Simulcara series, it depicts a certain rapid section of the river through a mirrored image that somehow offers an optical image of a ‘face’. This is one a very exciting subject matter where it offers an interpretation that cannot be seen through the normal human eye and only through the artist’s one expressive nature.