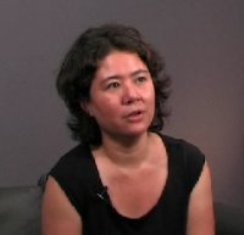 Yee I-Lann is a Malaysian born artist who has been involved in many aspects of the local art scene. She was born in 1971 and comes from Sabah and has been actively involved in the development and growth of her art for many years now. She studied art at the University of South Australia in Adelaide in1 992 where she obtained her BA in Visual Arts in which she majored in photography and cinematography and with that, she has been able to chart a career in the Malaysian art scene where she has used her expertise to good use.
Her works is known to have incorporated several types of media and that includes her passion in photography and films in which I-Lann has been able to integrate the likes of history, landscape and cultural expressions in her artistic and installation works. As an artist, I-Lann is no stranger in the local art industry where she has exhibited her works in various public and private galleries not only within Malaysia and the region but in other continents as well.

Yee I-Lann’s artwork is very unique and very original to her in which she draws her inspiration through the issues of everyday life, contemporary culture, historical issues as well as landscapes. Apart from being involved in the visual arts, she has also been actively involved in the areas of performing arts and digital art. Her works have travelled to many different parts of the world where they were seen in Australia at the Third Asia-Pacific Triennial at the Queensland Art Gallery and at the National Gallery of Victoria during the Contemporary Commonwealth exhibition, to Germany at the ‘Thermocline of Art: New Asian Waves’ at ZKM Museum of Contemporary Art, New Zealand during the ‘New Nature’ show at the Govett-Brewster Art Gallery, as well as at home in Malaysia at Galeri Petronas during the ‘Independence Project’ and ‘Out of the Mould’ shows respectively.

Apart from that, I-Lann was also invited to share her artistic experience at the Tate Modern in London during the ‘Global Photography Now’ seminar while being involved in the directing and various production roles of movies like ‘Karaoke’ in 2009, ‘Senandong Malam’ in 2008, and ‘Rain Dogs’ in 2006 where they have been well received but the film industry. Her greatest achievement as an artist would be when her digital artwork was auctioned off and sold for RM117,000 by the widely reputable Christie’s Auction House in 2008.

The digital art piece ‘Huminodun’ by Yee I-Lann is perhaps one of the most remarkable artwork to be sold as it fetched one of the highest bids when auctioned by the Christies’ Auction House in Hong Kong. Another factor that makes this artwork so popular is that it is a digital art piece and raised a lot of eyebrows when it was sold for US$38,045. ‘Huminodun’ is one of the works from I-Lann’s ‘Kinabalu Series’ where it relates to the traditions and beliefs of the Kadazandusun with the cultural and agricultural homeland of the state.