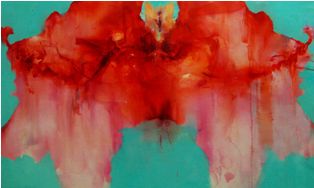 Born in 1968, Zac Lee is known to be one of most established fine artists in Malaysia. His work is known to be produced using his trademarked fluid strokes that use objects and forms which are generally metaphors for the community and individuals. He is known to have involved national iconography as well as traditional folklore as a means of conveying his message and perception of the society at large. This is because of his background where he learnt his trades through the adoption of traditional painting and Chinese calligraphy.

Zac is known for his experimental approach to his artwork where he gained much experience and technique through his residential programme where was then the first Malaysian to be admitted into the Three Shadows Art Center in Beijing, China. From there, he will continue to inject his creativity into what he learnt as well as using conventional photographic techniques into his body of work. Basically, Zac incorporates traditional and contemporary techniques which involves his experience in Chinese oriented methods with more modern ones like silk-screening, digital imaging and such. This puts him in a unique and original position as not many contemporary artists are able to exude these technique as well as Zac does.

Zac Lee’s work has been locally and internationally renowned for his unique way of conveying a message through his art. Using a mixture of media that include photography, brush strokes, oil and printing, Zac’s work has been seen in public and private galleries around the region. He was the first Malaysian to be included in the residential programme at the Three Shadows Art Center (Caochangdi) in Beijing, China in 2010 while in 2005, he was awarded the Freeman Fellowship by the Vermont Studio Center in the United States of America.

His exhibitions include the ‘Truth & Fiction Are Not Strangers’ show held at the Tribes Gallery/SGFA  in New York City in America in 2011. A year before that, he was also involved with the ‘New Species C-4’ at the Kuala Lumpur Performing Arts Centre in Kuala Lumpur. In 2009, his works were exhibited at the Shalini Ganendra Fine Art in a show entitled ‘What Goes Up’ and 3 years prior to that, they travelled to the United States when they were showcased at the Vermont Studio Center’s Red Mill Gallery. Other shows include the “I Think I Sketch” show held at the Elle Six Art Gallery in Kuala Lumpur as well as the Asian Art Festival in South Korea’s Sejong Art Center.