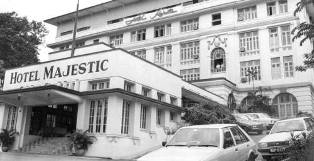 Amidst the rapid development and fast moving commuters and corporate working groups of Kuala Lumpur lies The Majestic Hotel, one of the oldest and most unique structures of the capital. What makes this hotel so much more unique was that it was once used as the National Art Gallery before its current large space along Jalan Tun Razak.

The Majestic Hotel was built back in the 1930s, making it one of the most iconic pre-war structures around and operated until 1984 when it closed down and the National Art Gallery and the Kuala Lumpur Tourism Association took over. Come December 1st this year, the Majestic Hotel will reopen its doors and it would be a great place for visitors to bask in the traditions and culture of the old Kuala Lumpur. There will be 300 rooms available for rent at the hotel which comes in their own respective categories while there will also be 5 places for food too.

There will be a smokehouse and a spa amidst its premises and that is part of all the efforts to rekindle the grand style that the hotel was so much known for back in the 1950s. Making this move possible is YTL Hotels and according to Datuk Mark Yeoh, its Executive Director, they have restored the Majestic Wing segment with its original structure intact and that was because the building is gazetted under the Antiquities Act. The National Heritage Department was also involved to help recreate the original decorations and fittings while they have also retained the dome’s gold leaf inlay and obscure glass of the hotel.