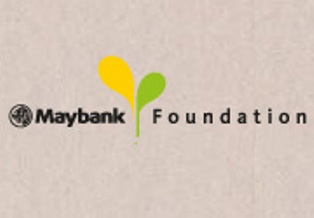 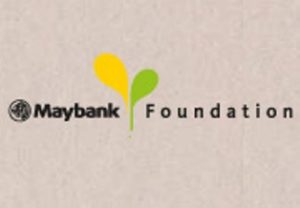 19 paintings were recently sold at a 3-day exhibition entitled ‘Nurkilan Jiwaku’ at Menara Maybank. The exhibition was held for members of the public and employees of Maybank who played their respective roles in contributing to the total sales of artwork amounting to RM20,000 which involved a group of People with Disabilities (PWD).

The exhibition was a collaboration between the Malaysian Council of Rehabilitation, UKM (Universiti Kebangsaan Malaysia) and the Maybank Foundation which was aimed to empower the group of people to become self-sufficient economically. The fact that the artworks were sold showed that they are able to earn a feasible income for themselves through the project which was spearheaded the Group Risk and Credit Management Department of Maybank.

The Maybank Foundation provided the initial capital to kick-start the project and according to the Group Chief Risk Officer, Dr John Lee Hin Hock, the intention was to give the PWD the opportunity to showcase their skills and talents and subsequently build an income for their livelihood. In the running of the event, everyone was enthralled and amazed with the response where there were certain artworks which were purchased almost immediately after the doors opened. There were in total 76 paintings and handcrafts showcased at the exhibition which took place between 22nd and 24th October 2012.

Another positive to take out of the event was the show of unity among employees involved in the project where they worked together to make the show a success and from here, they are looking to further expand the artworks and crafts into more business opportunities in the future.