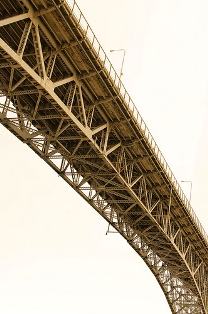 The whole idea of art is to be seen and appreciated. This was what happened when an art project drew the concern of the people around there and called the police. In the end, the art project not only attracted the interested but also the not-so-interested which was the bomb squad.

It was reported that the North Precinct officers in Seattle received several 911 calls at 10.00am that morning from 800 Block of North 34th Street which stated sightings of 2 men who placed a large cardboard box next to the Burke Gilman Trail under the Aurora Bridge. The box was mounted on a wooden stand right next to the Adobe Building and that it contained 2 red buttons or lights on it.

According to the witnesses, after placing the box at the location mentioned, they left the spot in which one went on foot while the other in a car and such behaviour raised the suspicion of the people there that prompted them to call 911. The response saw the police notifying the Arson Bomb Squad while employees in the Adobe building began leaving while those who were dwelling in the houseboats were also instructed to leave the nearby location.

In the midst of all that happening, one of the men approached the police who was on duty there and told the detectives that it was actually a school art project and that it was harmless. Renee Witt, a spokeswoman for the police said that after investigations, it was found that the box was an art project for a course at the University of Washington.