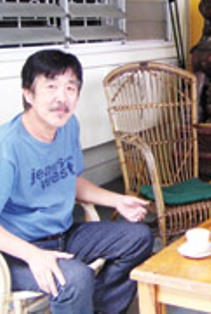 Heng Eow Lin is a Malaysian artist-sculptor who is known for his happy-go-lucky and carefree attitude. This character is not often seen among many artists today where he is a friendly and exudes a rare type of happiness as an artist. Heng is a graduate of the prestigious Nanyang Academy of Art where despite the calling for the commercial world, he knew very well what he wanted in life and set out to become a full-time artist, something he has been doing for the last 3 decades of so.

His persistence paid off where he never looked back ever since, establishing himself as a serious Malaysian artist whose love for art is strong and unprecedented. Heng’s first 20 years in the industry was tough, as many would have perceived but he persisted and rode on to continue doing what he loved most, in art. Hence, he never regretted not being able to enjoy the type of life that his peers would have in other industries.

Heng was born in Kedah’s Kulim in a family which was very supportive of his dreams. His aspirations to be an artist came about after he completed his Junior Middle III year and he was determined to prove his peers wrong for ridiculing him.

When studying at Nanyang, Heng was guided by Lim Yew Kuan and Georgette Chen where he started off learning how to draw portraits. He would then tour Europe for a year where he painted portraits for income. His works are known to be in the beauty of life in the human form. Hence, it is common to see a lot of human figures and images in Heng’s works. Such is the essence of Heng’s body of work that he uses his techniques to marvellously in his expressions not only through paintings but also in his sculptures as well.