Valentine Willie to close doors for good in 2014 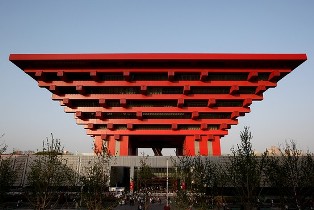 2 new art museums was opened earlier this week in Shanghai which was part of the efforts of the commercial city of China to become premier art capitals mirrored after the likes of Paris and New York. The 2 new museums were launched on where the 2010 World Expo was previously held that captivated the interests of the world.

The first of the two is the China Art Museum which will be the main place where modern art will be exhibited and this was on the premises of the very popular China Pavilion. According to Hu Jinjun, the culture chief of Shanghai, this museum is one-of-its-kind in Asia and there are no others around the region. It was intentionally designed to mirror the likes of international art museuyms like the Metropolitan Museum of Art in the United States and the Musee d’Orsay in France through its 64,000 square metres space.

The other museum is called the ‘Power Station of Art’ which is a 40,000 square meter space that will be housing the annual art festival of Shanghai. It is set to exhibit the artworks of artists starting from the 1980s. The name of the museum was inspired through the former power station building which was previously used for the expo.

The 2 new museums have raised doubts that there will be ample artwork to showcase, especially with their massive exhibition spaces. However, with China being the largest art market not only without in Asia but also in the world today.